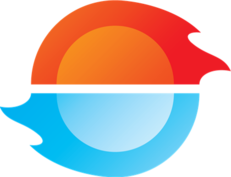 We can take your HVAC system to a whole new level

REME HALO® In-duct Air PurifierThe award winning REME HALO® in-duct air purifier is the next generation of indoor air quality (IAQ) technology and capable of purifying every cubic inch of air that your central air conditioning system reaches. Designed to eliminate sick building syndrome risks by reducing odors and air pollutants, the REME HALO® in-duct air purifier is the best solution for whole house and building air purification. Invented to recreate nature’s process of purifying the air, it’s like bringing fresh outdoor air inside without ever having to open your windows. And it’s effective against all three categories of indoor air pollutants: Particulates, Microbial and Gases. You can now reduce common allergy triggers from particulates such as pollen, mold spores, dander and dust. Thoroughly tested on airborne and surface bacteria & viruses, such as MRSA, e-coli, and Norwalk, to name a few. Say goodbye to odors from cooking, pets, dirty socks, diaper pails, and musty rooms.

Did you know?
Your HVAC system can become the source of high
concentrations of allergens as internal bio-growth
including mold emits millions of spores.
Even a thin bio-film on a cooling coil measuring
just a few thousandths of an inch can reduce HVAC
efficiency by 30% to 50%.
As an HVAC system distributes cooled air throughout
a home it also distributes odors and air airborne
microorganisms including bacteria and viruses.